Proof and uncirculated versions of the coins are also made for coin collectors. The Proof American Platinum Eagles are unique in the fact that they are the only U.S. bullion coins that have a yearly alternating design on the reverse.

Because it may be considered a precious metal, rather than a rare coin, the American Platinum Eagle may be placed in an Individual Retirement Account in the United States. 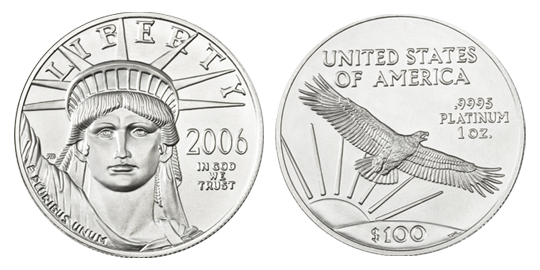