The Comstock Lode, one of the greatest silver strikes in history, was discovered in Nevada in the late 1850s.  When the dollar was minted in 1878, it was the first dollar issued for American commercial use since the last Seated Liberty Dollar of 1873.

Caches of Morgan Dollars produced at the Carson City Min t were uncirculated and are called GSAs (named after the General Services Administration) and come in black plastic holders that mimic the holders used for proof Eisenhower dollars of the period.  These have become collectible items within the GSA encapsulation. 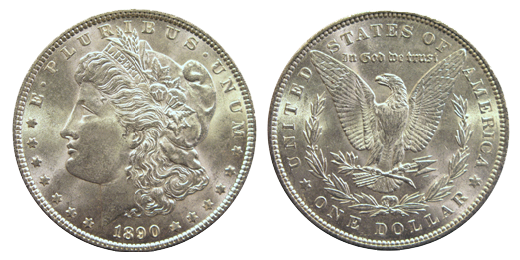